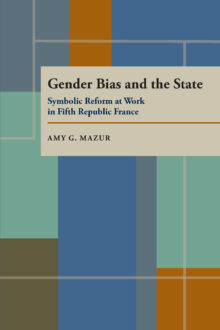 Gender Bias and the State

This is the first systematic study of French policy regarding equal employment for women. Mazur asks why policy makers choose to make symbolic reforms. Is there a certain set of conditions particularly conducive to the formation of symbolic reform? If symbolic reforms are meant to do nothing, why do governments allocate limited resources to them? Mazur examines five legislative proposals, dating from 1967 to 1982, three of which resulted in legislation: the 1972 Equal Pay Law. the 1975 Equal Treatment Law, and the 1983 Egalité Professionelle Law. These five case studies reveal the continuity over three decades of “symbolic” reform, reform that does not solve the problem it was designed to address.