Arthur Milton Young was professor of Classics and Humanities at the University of Pittsburgh. 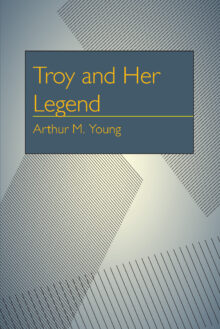 Troy and Her Legend

The power of legend is that it is never simply an old tale retold. Though the legend may be old, its meaning and influence is new in each retelling and for each new group of listeners.

Young provides here a “biography” of the greatest of the classical legends, the story of the fall of Troy. As he states in his book, the greatness of the legend does not depend on its relation to historical reality, but “lies rather in the beauty and variety it has called out of the creative imaginations of artists, from Homer down to modern times, artists who with varied skill and in many forms have expressed their individual genius.” Young's text is beautifully illustrated with examples of art inspired by the legend, from literature, painting, ceramics, tapestry, sculpture, and the opera, with fresh interpretations of their meaning. The legend of Troy has survived more than 3,000 years in the art of many-from Quintus of Smyrna to Tennyson to Christopher Morley, Guérin to Baroccio to Strauss-and archaeological excavations in our own time have only enriched the imaginations of contemporary artists and scholars.

In deepening our knowledge of classic texts and their changing interpretations over time, Young argues, we enhance our understanding both of the classics and of the successive civilizations they have influenced.