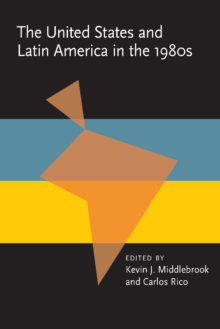 The United States and Latin America in the 1980s

Major political and economic events of the 1980s such as the international debt crisis, the 1982 Falklands War, the return to democratic rule in a number of countries, and the prolonged crisis in Central America, focused great attention on the U.S. and its dealings in Latin America. In this volume, experts from Latin America, the United States and Europe offer profound insights on the state of U.S.-Latin American relations, external debt and capital flows, trade relations, democracy, human rights, migration, and security during the 1980s.