Charles S. Kamen is Senior Director of the Department of Social and Welfare Statistics of the Central Bureau of Statistics in Jerusalem. 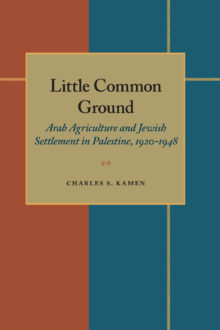 Arabs and Jews have disputed the ancient lands of Palestine since the late nineteenth century, when Jews began emigrating there, buying land, and establishing farms, settlements, and businesses. In this book, Kamen examines the structure of Arab Palestine between the two world wars. He contrasts British and Israeli analyses against real world social and economic conditions of rural Arab society.