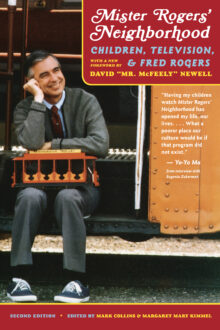 Born in 1928 in Latrobe, Pennsylvania, Fred Rogers began his television career in 1951 at NBC. In 1954, he became program director for the newly founded WQED-TV in Pittsburgh, the first community-supported television station in the United States. From 1954 to 1961, Rogers and Josie Carey produced and performed in WQED’s The Children’s Corner, which became part of the the Saturday morning lineup on NBC in 1955 and 1956.

It was after Fred Rogers was ordained as a Presbyterian minister in 1963, with a special charge of serving children and their families through television, that he developed what became the award-winning PBS series Mister Rogers’ Neighborhood.