Donald C. Goellnicht is professor of English and Cultural Studies and associate dean of the School of Graduate Studies at McMaster University. 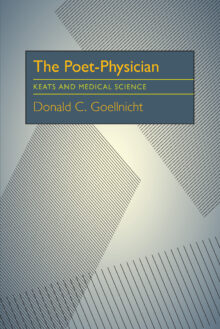 For six years of his brief like, Keats studied medicine, first as an apprentice in Edmonton and then as a medical student at GuyÆs Hospital in London. His biographers have generally glossed over this period of his life, and critics have ignored it and denied the influence of medical training on his poetry and thought.In this challenging reappraisal, Goellnicht argues that KeatsÆ writings reveal a distinct influence of science and medicine. Goellnicht researches KeatsÆ course work and texts to reconstruct the milieu of the early nineteenth-century medical student. He then explores the scientific resonances in KeatsÆÆ individual works, and convincingly shows the influence of his early medical training.