Douglas Yarrington is associate professor and chair of the history department at Colorado State University in Fort Collins. 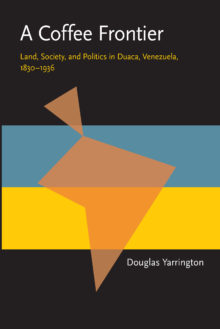 This study views the economic transformation of Duaca, Venezuela into a major coffee export center in the late nineteenth century. Yarrington examines the rise of the peasantry to prosperity, yet they later lost their stature as the local elite allied itself with the state to restructure society and coffee production on its own terms in the twentieth-century. The book is a pioneering study on peasant studies, export-led development, the relationship of state and society, and the consolidation of nation-states in Latin America.