Elizabeth Beardsley Butler was a journalist who wrote for the Pittsburgh Survey (1909-1914), a pioneering study of social conditions funded by the Russell Sage Foundation. 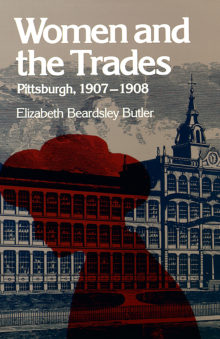 Women and the Trades

Women and the Trades has long been regarded as a masterwork in the field of social investigation. Originally published in 1909, it was one of six volumes of the path breaking Pittsburgh Survey, the first attempt in the United States to study, systematically and comprehensively, life and labor in one industrial city. No other book documents so precisely the many technological and organizational changes that transformed women’s wage work in the early 1900s.

Despite Pittsburgh’s image as a male-oriented steel town, many women also worked for a living-rolling cigars, canning pickles, or clerking in stores. The combination of manufacturing, distribution, and communication services made the city of national economic developments.

What Butler found in her visits to countless workplaces did not flatter the city, its employers, or its wage earners. With few exceptions, labor unions served the interests of skilled males. Women’s jobs were rigidly segregated, low paying, usually seasonal, and always insecure. Ethnic distinctions erected powerful barriers between different groups of women, as did status hierarchies based on job function.