Gereon Wolters is professor emeritus of philosophy and history of science at the University of Konstanz and director of the philosophical archive. He is coeditor of Concepts, Theories, and Rationality in the Biological Sciences and Logic, Language, and the Structure of Scientific Theories, among other books. 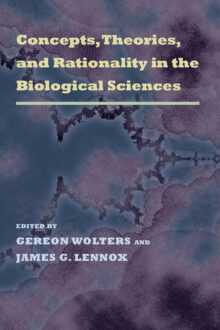 Concepts, Theories, and Rationality in the Biological Sciences

Leading biologists and philosophers of biology discuss the basic theories and concepts of biology and their connections with ethics, economics, and psychology, providing a remarkably unified report on the “state of the art” in the philosophy of biology in this volume from the Pittsburgh-Konstanz series. 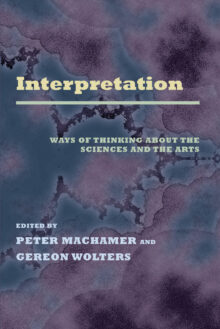 Ways of Thinking about the Sciences and the Arts

In an interesting turn, Nicholas Rescher writes on the interpretation of philosophical texts. Then Catherine Wilson and Andreas Blank explicate and critique Rescher’s theories through analysis of the mill passage from Leibniz’s Monadology. 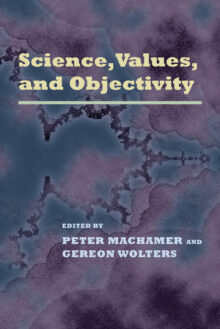 Few people, if any, still argue that science in all its aspects is a value-free endeavor. At the very least, values affect decisions about the choice of research problems to investigate and the uses to which the results of research are applied. But what about the actual doing of science?As Science, Values, and Objectivity reveals, the connections and interactions between values and science are quite complex. The essays in this volume Theory and Method in the Neurosciences surveys the nature and structure of theories in contemporary neuroscience, exploring many of its methodological techniques and problems. The essays in this volume from the Pittsburgh -Konstanz series explore basic questions about how to relate theories of neuroscience and cognition, the multilevel character of such theories, and their experimental bases. Philosophers and scientists (and some who are both) examine the topics of explanation and mechanisms, simulation and computation, imaging and animal models that raise questions about the forefront of research in cognitive neuroscience. Their work will stimulate new thinking in anyone interested in the mind or brain and in recent theories of their connections.identify the crucial values that play a role in science, distinguish some of the criteria that can be used for value identification, and elaborate the conditions for warranting certain values as necessary or central to the very activity of scientific research.Recently, social constructivists have taken the presence of values within the scientific model to question the basis of objectivity. However, the contributors to Science, Values, and Objectivity recognize that such acknowledgment of the role of values does not negate the fact that objects exist in the world. Objects have the power to constrain our actions and thoughts, though the norms for these thoughts lie in the public, social world.Values may be decried or defended, praised or blamed, but in a world that strives for a modicum of reason, values, too, must be reasoned. Critical assessment of the values that play a role in scientific research is as much a part of doing good science as interpreting data. 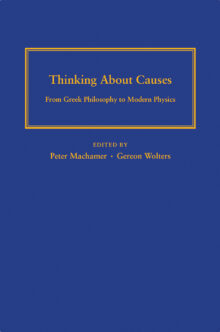 From Greek Philosophy to Modern Physics

Emerging as a hot topic in the mid-twentieth century, causality is one of the most frequently discussed issues in contemporary philosophy. Causality has been a central concept in philosophy as well as in the sciences, especially the natural sciences, dating back to its beginning in Greek thought. David Hume famously claimed that causality is the cement of the universe. In general terms, it links eventualities, predicts the consequences of action, and is the cognitive basis for the acquisition and the use of categories and concepts in the child. Indeed, how could one answer why-questions, around which early rational thought begins to revolve, without hitting on the relationships between reason and consequence, cause and effect, or without drawing these distinctions? But a comprehensive definition of causality has been notoriously hard to provide, and virtually every aspect of causation has been subject to much debate and analysis.Thinking About Causes brings together top philosophers from the United States and Europe to focus on causality as a major force in philosophical and scientific thought. Topics addressed include: ancient Stoicism and moral philosophy; the case of sacramental causality; traditional causal concepts in Descartes; Kant on transcendental laws; the influence of J. S. Mill’s politics on his concept of causation; plurality in causality; causality in modern physics; causality in economics; and the concept of free will.Taken together, the essays in this collection from the Pittsburgh -Konstanz series provide the best current thinking about causality, especially as it relates to the philosophy of science.

Logic, Language, and the Structure of Scientific Theories

Logic, Language, and the Structure of Scientific Theories, the second book in the Pittsburgh-Konstanz Series, marks the centennial of the births of Rudolf Carnap and Hans Reichenbach. Original essays by internationally distinguished scholars range from epistemology and philosophy of language to logic, semantics, the philosophy of physics and mathematics. In the realm of philosophy of physics it focuses upon such topics as space, time, and causality, which play fundamental roles in relativity theory and quantum mechanics.