Grigory Ioffe is professor of geography at Radford University. 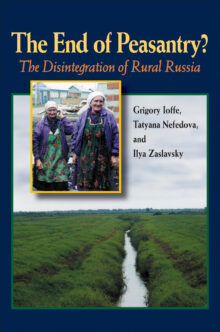