Harris Gaylord Warren (1906-1988) was professor of history at Miami University of Ohio. 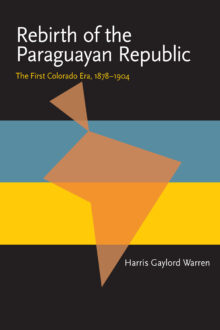 Rebirth of the Paraguayan Republic

A scholarly study of Paraguay in the decades dominated by the Colorados, immediately following the Allied occupation of the country after the disastrous War of the Triple Alliance, when half of Paraguay's population died. This period of rebirth saw the formal organization of Paraguay's major political parties, the Colorados and the Liberals, and the dominance of the Colorados until the Liberal revolution of 1904.