Harry John Mooney, Jr., was professor emeritus of English at the University of Pittsburgh. 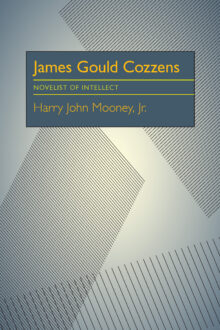 During the early 1930s, after James Gould Cozzens had published four romantic novels and then withdrawn them from circulation, he wrote the first three of what Brenden Gill called his eight “canonical works.” But it was only after the publication of By Love Possessed in 1957 that he achieved wide popularity. Mooney closely examines each of CozzensÆ novels, isolating and defining his main themes and addressing the critical acclaim and condemnation of his works.Among the novels Mooney analyzes are: S.S. San Pedro, Castaway, The Last Adam, Men and Brethren, Ask Me Tomorrow, The Just and the Unjust, Guard of Honor, and By Love Possessed. 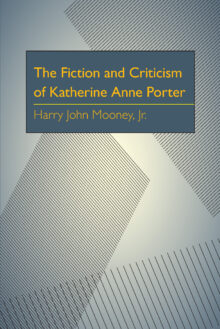 The Fiction and Criticism of Katherine Anne Porter

One of the earliest, and still one of the most perceptive analyses of Katherine Anne Porter, it gives careful interpretation of the style and intent of PorterÆs work from 1935 through the publication and critical reception of Ship of Fools.