Herbert Dittgen is a visiting scholar at the Center for U.S.-Mexican Studies at the University of California, San Diego. 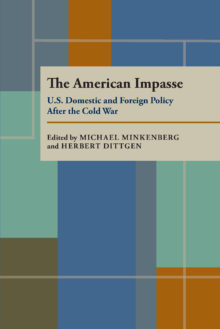 U.S. Domestic and Foreign Policy After the Cold War