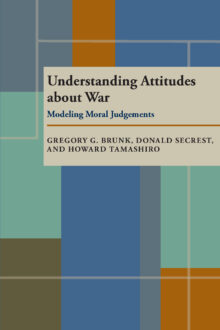 Choice 1997 Outstanding Academic BookWhy have some traditional cold warriors opposed involvement in Iraq and the former Yugoslavia, while many vocal critics of the Vietnam war supported the use of U.S. forces in Somalia, Haiti, and the Balkans? What do these debates tell us about American attitudes toward the use of military force to achieve foreign policy goals? The authors examine the ethical and moral underpinnings of U.S. international relations by exploring the attitudes of decision makers and foreign policy elites toward war. Their unique contribution is to bring together the various doctrines in the literature and to characterize them using behavioral methodologies, in an attempt to bring normative questions back into the mainstream of political science.