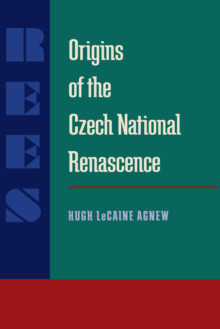 Origins of the Czech National Renascence

With the fall of socialism in Europe, the former East bloc nations experienced a rebirth of nationalism as they struggled to make the difficult transition to a market-based economy and self-governance. The dissolution of Czechoslovakia, in particular, underscored the power of ethnic identity and ancestral loyalties.

Hugh Agnew develops the argument that Czechoslovakia's celebrated national revival of the mid-eighteenth century has its intellectual roots in the Enlightenment and defined the nation's character and future development. He describes how intellectuals in eighteenth-century Bohemia and Moravia–the “patriotic intelligentsia”–used their discovery of pre-seventeenth-century history and literature to revive the antiquated Czech vernacular and cultivate a popular ethnic consciousness. Agnew also traces the significance of the intellectual influences of the wider Slavic world whereby Czech intellectuals redefined their ethnic and cultural heritage.

Origins of the Czech National Renascence contributes to a renewed interpretation of a crucial period in Czech history.