James M. Lindsay is professor of political science at the University of Iowa. 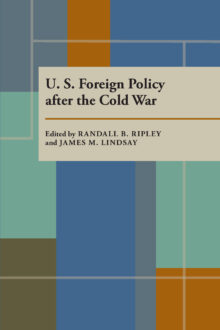 The cold war came to a grinding halt during the astounding developments of 1989-1991. The Berlin Wall fell, Eastern European countries freed themselves from Soviet domination, and the Soviet Union itself disintegrated after witnessing a failed coup presumably aimed at restoring a communist dictatorship. Suddenly the “evil empire” was no more, and U.S. foreign policy was forever changed. This volume explores the revisions to a variety of bureaucratic institutions and policy areas in the wake of these political upheavals.