Jean Pfaelzer is professor of English and American Studies at the University of Delaware. 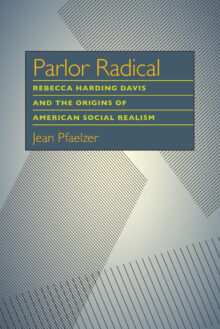 Rebecca Harding Davis and the Origins of American Social Realism

Rebecca Harding Davis was a prominent author of radical social fiction during the latter half of the nineteenth century. In stories that combine realism with sentimentalism, Davis confronted a wide range of contemporary American issues, giving voice to working women, prostitutes, wives seeking divorce, celibate utopians, and female authors. Davis broke down distinctions between the private and the public worlds, distinctions that trapped women in the ideology of domesticity.

By engaging current strategies in literary hermeneutics with a strong sense of historical radicalism in the Gilded Age, Jean Pfaelzer reads Davis through the public issues that she forcefully inscribed in her fiction. In this study, Davis's realistic narratives actively construct a coherent social work, not in a fictional vacuum but in direct engagement with the explosive movements of social change from the Civil War through the turn of the century. 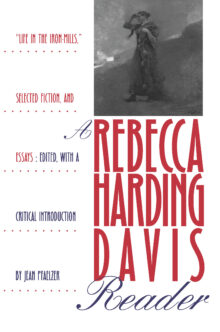 “Life in the Iron Mills,” Selected Fiction, and Essays

Rebecca Harding Davis was a prolific writer who published chiefly in popular periodicals over the latter half of the nineteenth century. In tales that combine realism with sentimentalism and in topical essays, Davis confronted a wide range of current issues&mdash;notably women’s problems&mdash;as one who knew the frustration caused by the genteel female’s helpless social position and barriers against women entering the working world. In an excellent critical introduction, Jean Pfaelzer integrates cultural, historical, and psychological approaches in penetrating readings of Davis’s work. She emphasizes how Davis’s fictional embrace of the commonplace was instrumental in the demise of American romanticism and in eroding the repressive cultural expectations for women.

In both fiction and nonfiction, Davis attacked contemporary questions such as slavery, prostitution, divorce, the Spanish-American War, the colonization of Africa, the plight of the rural South, northern racism, environmental pollution, and degraded work conditions generated by the rise of heavy industry. Written from the standpoint of a critical observer in the midst of things, Davis’s work vividly recreates the social and ideological ferment of the post-Civil War United States. The American literary canon is enriched by this collection, nearly all of which is reprinted for the first time. 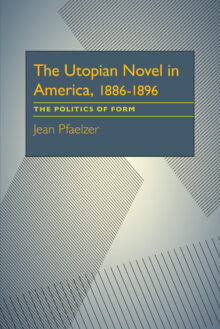 The Politics of Form

In the late 1800s, Americans flocked to cities, immigration, slums, and unemployment burgeoned, and America's role in foreign affairs grew. This period also spawned a number of fictional glimpses into the future. After the publication of Edward Bellamy's Looking Backward in 1888, there was an outpouring of utopian fantasy, many of which promoted socialism, while others presented refined versions of capitalism. Jean Pfaelzer's study traces the impact of the utopian novel and the narrative structures of these sentimental romances. She discusses progressive, pastoral, feminist, and apocalyptic utopias, as well as the genre's parodic counterpart, the dystopia.