John W. Sloan is professor of political science at the University of Houston. 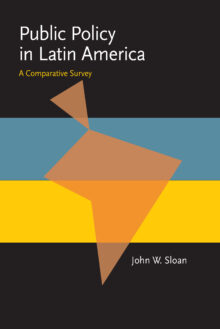 The study of Latin America has long been an ideological battleground. Scholars disagree on every major issue: the impact of the U.S. influence in the region, the political orientation of the middle class, the role of the military, the rate of socioeconomic change, and the viability of reform.

Public Policy in Latin America is a masterful synthesis of scholarship on the region. Sloan studies political phenomena not by making superficial comparisons between leaders, parties or styles, but by examining what governments do-the creation of public policy through political process. The decisions to stress accumulation versus distribution of economic goods, the role of the bureaucracy, and the quality of political participation tell more about a nation than what party or persons are in power.