Jose A. Moreno is professor emeritus of sociology at the University of Pittsburgh. 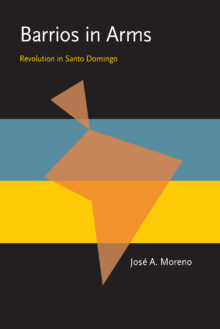 By Jose A. Moreno

Sociologist Jose A. Moreno was doing fieldwork in Santo Domingo when the revolution broke out in April 1965. For four months he lived in the rebel zone of the city, where he helped with the organization of medical clinics and food distribution centers. His activities brought him into daily contact with top leaders of the rebel forces, members of political organizations, commando groups of young men from the barrios of Santo Domingo, and ordinary citizens in the neighborhood. His eye-witness account is augmented by his professional analysis of the rebels-their backgrounds, personalities, ideologies, and expectations. He also focuses on the social processes that brought cohesiveness to the divergent rebel groups as their faced a common enemy.