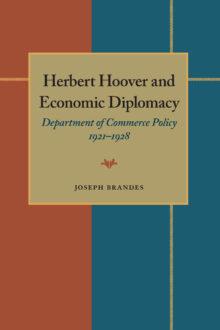 From 1921 to 1928, future president Hoover built the Commerce Department into one of the most influential forces in federal government. During this time, the United States became a major creditor to other nations, which in turn had a significant impact on power relations between nations. The Commerce Department also became a champion of American economic rights and independence from foreign commodities, and in the process became the guiding force in national economic policy.