Judith A. Teichman is professor of political science at the University of Toronto. 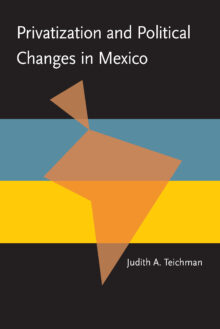 Privatization and Political Change in Mexico

By Judith A. Teichman

Since 1983, Mexico has undergone a rapid and thorough economic restructuring program, with privatization at the core. The government has divested itself of hundreds of public companies, increasing the role of private capital, both domestic and foreign. Supporters have argued that divestiture would have positive implications for Mexican democracy, but Judith A. Teichman concludes that political and economic power in Mexico is more concentrated and exclusionary than ever. She uses extensive field research, including interviews with top political and business leaders to describe and analyze the process by which the Mexican state has reformed its mammoth public enterprise sector.