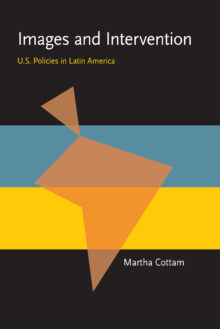 Cottam explains the patterns of U.S. intervention in Latin America by focusing on the cognitive images that have dominated policy makers' world views, influenced the procession of information, and informed strategies and tactics. She employs a number of case studies of intervention and analyzes decision-making patterns from the early years of the cold war in Guatemala and Cuba to the post-cold-war policies in Panama and the war on drugs in Peru. Using two particular images-the enemy and the dependent-Cottam explores why U.S. policy makers have been predisposed to intervene in Latin America when they have perceived an enemy (the Soviet Union) interacting with a dependent (a Latin American country), and why these images led to perceptions that continued to dominate policy into the post-cold-war era.