Michael B. Berkman is professor of political science at Pennsylvania State University. 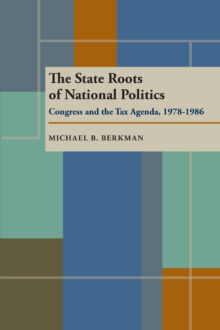 The State Roots of National Politics

By Michael B. Berkman

Winner of the William Anderson Award of the American Political Science AssociationExplores the role of state politics in shaping the national agenda during the 1980s. By focusing on the federal tax policy from 1978-1986, Berkman argues that a conservative political agenda slowly replaced the liberal agenda dominant since World War II. The state roots model asserts that national policymakers, particularly members of Congress, are products of their state political systems and environments. Berkman applies this model to the tax-cutting policies that took hold nationally in 1978, before Regan came to office, and continued in the tax acts of 1981 and 1986.