Nathalie Handal was raised in Latin America, France and the Middle East, and educated in Asia, the United States, and the United Kingdom. Her recent poetry books include the flash collection The Republics, winner of the Virginia Faulkner Award for Excellence in Writing, and the Arab American Book Award; critically acclaimed Poet in Andalucía; and Love and Strange Horses, winner of the Gold Medal Independent Publisher Book Award. She is the author of eight plays, editor of two anthologies, and her poetry, essays and creative nonfiction have appeared in Vanity Fair, Guernica Magazine, The Guardian, The New York Times, The Nation, The Irish Times, among others. Handal is the recipient of awards from The Lannan Foundation, Centro Andaluz de las Letras, Fondazione di Venezia, Emily Harvey Foundation, among others. Her work brings her to audiences globally. She is a professor at Columbia University, and writes the literary travel column “The City and the Writer” for Words without Borders magazine. 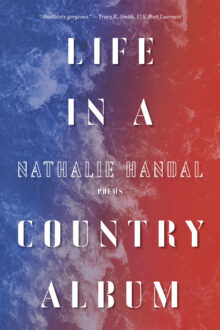 Life in a Country Album

From migrations to pop culture, loss to la dérive, Life in a Country Album is a soundtrack of the global cultural landscape—borders and citizenship, hybrid identities and home, freedom and pleasure. It’s a vast and moving look at the world, at what home means, and the ways we coexist in an increasingly divided world. These poems are about the dialects of the heart—those we are incapable of parting from, and those that are largely forgotten. Life in a Country Album is a vital book for our times. With this beautiful, epic collection, Nathalie Handal affirms herself as one of our most diverse and important contemporary poets. 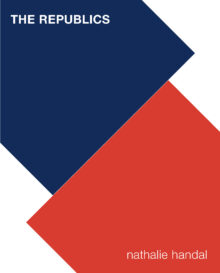 “The Republics is a massively brilliant new work, a leap in literature we have not seen. It’s gripping, harrowing, and at times horrific while its form paradoxically is fresh, luscious, and original. Bypassing pity and transforming pain into language Handal stars. She has recorded like Alice Walker, Paul Celan, John Hershey, and Carolyn Forché some of the worst civilization has offered humankind and somehow made it art.”—Sapphire 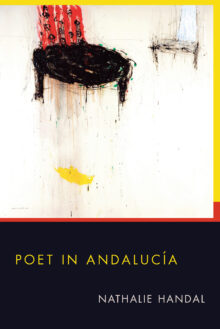 Frederico García lived in Manhattan from 1929 to 1930, and the poetry he wrote about the city, Poet in New York, was posthumously published in 1940. Eighty years after Lorca’s sojourn to America, Nathalie Handal, a poet from New York, went to Spain to write Poet in Andalucía. Handal recreated Lorca’s journey in reverse. 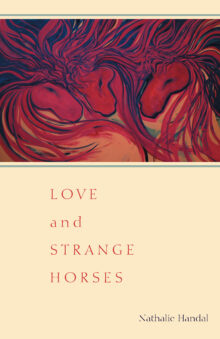 “Sometimes we have questions that seem to defy answers or even suppositions but then we find Love and Strange Horses to help us map out a course to continue loving life. A really wonderful, thoughtful read by an intriguing new voice.”
—Nikki Giovanni