Nicholas Miller is professor and chair of the department of history at Boise State University. 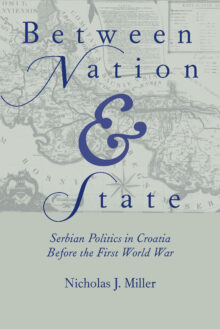 Between Nation and State

Serbian Politics in Croatia Before the First World War

Nicholas Miller chronicles the politics in Croatia (1903-1914,) prior to the first World War. He examines the failures of the Croat-Serbian Coalition that led to their future inability to create a cohesive civic/democratic union during the war years. The Serb-Croat differences&mdash;political, ethnic, and regional&mdash;prevail to this day.