Norman Dain is professor emeritus of history at Rutgers University and the author of several books including: Concepts of Insanity in the United States 1789-1865; and Disordered Minds: The First Century of Eastern State Hospital in Williamsburg, Virginia, 1766-1866. 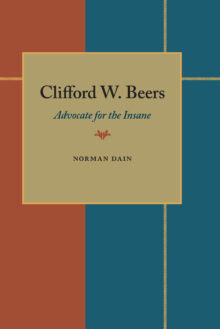 Advocate for the Insane