Paul Horwich is professor of philosophy at New York University. He is the author of numerous books, including: Reflections on Meaning; From a Deflationary Point of View; and Meaning. He is the recipient of a Guggenheim Fellowship and a National Endowment for the Humanities Fellowship, among others. 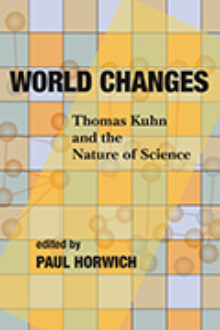 Thomas Kuhn and the Nature of Science

Thomas Kuhn is viewed as one of the most influential (and controversial) philosophers of science, and this re-release of a classic examination of one of his seminal works reflects his continuing importance. In World Changes, the contributors examine the work of Kuhn from a broad philosophical perspective, comparing earlier logical empiricism and logical positivism with the new philosophy of science inspired by Kuhn in the early 1960s. The nine chapters offer interpretations of his major work The Structure of Scientific Revolutions and subsequent writings. The introduction outlines the significant concepts of Kuhn’s work that are examined and is followed by a brief appraisal of Kuhn by Carl Hempel. The chapters discuss topics that include: a systematic comparison of Kuhn and Carnap viewing similarities and differences; the disputation of absolute truth; rational theory evaluation and comparison; applying theory to observation and the relation of models in a new conceptualization of theory content; and interpreting Kuhn’s plurality-of-worlds thesis. The volume also presents four historical papers that speak to Kuhn’s views on lexical structures and concept-formation and their antecedents. The afterward, by Kuhn himself, reviews his own philosophical development, his thoughts on the dynamics of scientific growth, and his response to issues raised by the contributors and other interpreters of his work.