Putnam F. Jones was Dean of the Graduate School at the University of Pittsburgh. 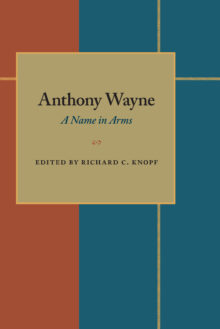 A Name in Arms

Richard C. Knopf presents a thorough account of the third campaign of the Indian Wars (1790-1795) told through the correspondence of Major General Anthony Wayne and the three Secretaries of War under whom he served: Knox, Pickering, and McHenry. Knopf relates the international implications of these wars from outset to treaty signing, and their importance to the security and settlement of the American frontier north and west of the Ohio River, from Pittsburgh to Detroit-and the monumental role Anthony Wayne played in this effort.