Richard W. Cottam was professor of political science at the University of Pittsburgh. 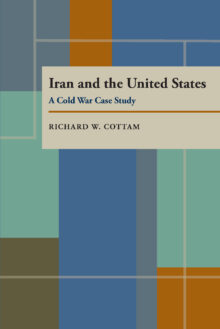 Iran and the United States

Richard Cottam served in the U.S. embassy in Tehran from 1956 to 1958 and was consulted by the Department of State during the 1979 hostage crisis. This book draws upon his expert personal knowledge of Iranian politics to describe the spiraling decline of U.S.-Iranian relations since the cold war and the political consequences of those years U.S. policy, he argues, is flawed by ignorance, inertia, the tenacity of a cold war mentality, a quixotic tilt toward Iraq, and the blatant inconsistency of the Reagan administration's arms-for-hostages scheme that produced the Iran-contra scandal. 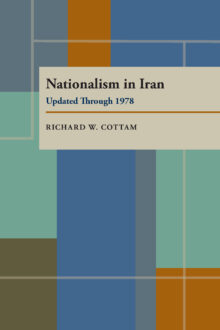 For a brief period in the early 1950s, Iranian nationalism captured the world's attention as, under the leadership of Mohammad Mossadeq, the Iranian National Movement tried to liberate Iran from British imperialism. Regarding nationalism as a major determinant of the attitudes and loyalties of those who embrace it, Cottam analyzes the complex religious, national, and social values at work within Iran and examines, more generally, the turbulence of nationalism in developing states and its perplexing problems for American foreign policy.In a new 40-page chapter, added in 1978, Cottam updated his pioneering study by examining the condition of Iran fifteen years after his first analysis-from its rapid economic growth as an oil producer to Shah Mohammad Reza Pahlavi's unsuccessful efforts to rouse nationalistic sentiment in his favor. 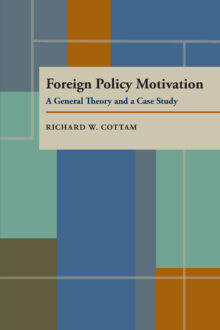 A General Theory and a Case Study

Foreign policy motivation is a complex mix reflecting the fears and aspirations of publics, interest groups, bureaucratic sets, and important individuals. International conflict cannot be resolved without resolving how foreign policy is motivated. This book presents a conceptual framework for identifying and weighing foreign policy motives that shape, direct, and alter foreign policy. 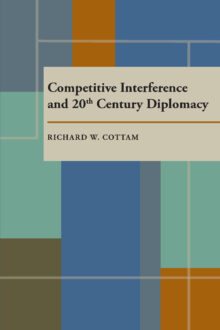 With nuclear proliferation essentially eliminating full-scale warfare, governments have increasingly turned to what Richard W. Cottam calls competitive interference. This type of policy invokes counter-insurgency, political, economic, and psychological manipulations, and often involves looking deeply into the internal affairs of a country, often secretly. Cottam describes and defines competitive interference, explores the United States' institutional adjustment to it, and provides a theoretical framework for projection and evaluation of foreign policy in this changing diplomatic arena. He uses case studies of international relationships involving the United States, India, China, Vietnam, Iran, and the former USSR and East Germany to evaluate his theoretical stance, and proposes long-term institutionalization of policy, rather than covert operations.