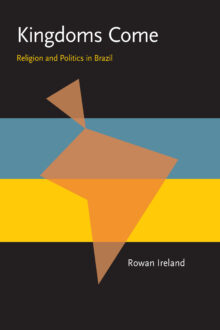 As scholars continue to explore the political implications of grass roots religions around the world, Kingdoms Come examines the three main popular religions in Brazil&mdash;folk Catholicism, Protestant Pentecostalism, and Afro-Brazilian spiritism&mdash;to trace the contrasting patterns of acceptance or rejection of political paradigms within these three groups. In spite of these differences, Ireland's close analysis of these movements leads him to the conclusion that all three embrace traditions that foster a deepening of Brazil's nascent democracy.