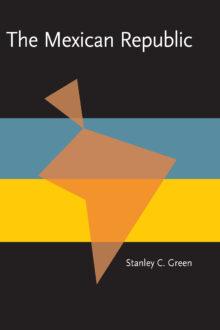 Green offers a colorful acccount of the first decade of Mexican independence from Spain. He views the failed attempt to establish a strong republic and the subsequent civil war that plagued the young nation. From this first decade, two polarized factions emerged, one federalist and populist, the other attempted to keep much of the old order of authroitarianism and church power established under colonialism. The were to be called the Liberals and the Conservatives, who would vie for power over the next century.