Stanley Zucker (1936-1988) was professor of history at Southern Illinois University. 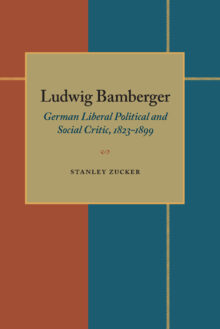 A political biography of a leading German liberal, this book carefully examines the life of Ludwig Bamberger from his university days in the 1840s until his death in 1899. Not only does it deal exhaustively with his career, it unfolds the major issues disputed in Germany during the latter half of the nineteenth century.: socialism, financial and political unification, parliamentarism, protectionism, and colonialism. Bamberger's career offers a vehicle to explore the political and social evolution of Germany, and his varied life illuminates the strength and weaknesses of German liberalism as it confronted and ultimately failed to overcome its competitors.