Stephen D. Van Beek is President and CEO of the Eno Transportation Foundation, a non-profit foundation with the mission of improving transportation policy. 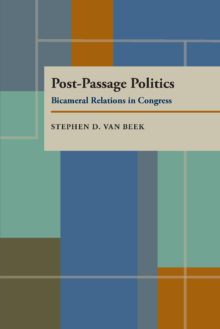 Megabills” that package scores of legislative proposals into House and Senate bills are a phenomenon of the congressional reforms of the 1970s and the agenda changes of the 1980s. These bills generate unprecedented disagreements between the House and Senate, requiring congressional leaders, the president, committee chairs, and junior members to play new roles in this struggle for resolution.

Conference committees of hundreds of members, informal negotiations among party leaders, and preconference strategizing and behavior are among the new realities of bicameralism that are viewed in this study. These conferences are vital because they generally are the last arenas in which large-scale changes can be made in legislation.

Van Beek uses a case study approach that investigates the legislative histories of recent bills on the savings and loan bailout, the major trade bill of the late 1980s, and several budget reconciliation bills. His research is brought to life through personal experience as a legislative aide, direct observation of Congress at work, and interviews with members, staff and lobbyists.