Ted Honderich has been the Grote Professor of Mind and Logic at University College, London, and a visiting professor at Yale and in New York. He is the author of numerous books, including After the Terror, and the editor of The Oxford Companion to Philosophy. 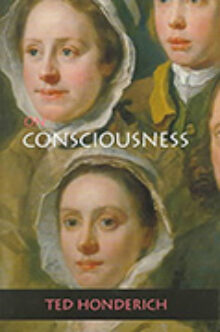 Where does consciousness exist? In the mind? In the external world? On Consciousness features the most up-to-date considerations of the subject by the internationally renowned philosopher Ted Honderich. In this series of meditations, he systematically contemplates the very nature of consciousness as well as the separate question of how consciousness is related to the brain.His careful, if not conventional, argument begins with Anomalous Monism, a doctrine that holds that mind and brain are one thing with two kinds of properties not lawfully connected. Honderich goes on to consider the thinking of neuroscientists and functionalists who suppose conscious events are caught for us by their causes and effects. He reconsiders humble truths about the mind as well as his own Union Theory, and the anti-individualism that disconnects the mind from the brain.Honderich examines each of these beliefs in terms of whether they satisfy agreed criteria for acceptable accounts of consciousness. Because each is found wanting, he puts forth a radically new theory of consciousness as experience. Rather than explaining consciousness in terms of awareness, he develops a new kind of materialism, which transcends the traditional labels given to it by philosophers. On Consciousness respects the most resilient proposition in the history of the philosophy of mind-that consciousness is not just cellular. Honderich’s concept of perceptual consciousness consists in a world that is not merely mental, for it is spatial and contains physical objects. This shift to a near-physicalism asserts that all of consciousness is open to science. Proceeding logically through his arguments, Honderich offers a clearly written, refreshing dose of persuasive realism.