Trevor Melia is associate professor of communication at the University of Pittsburgh. 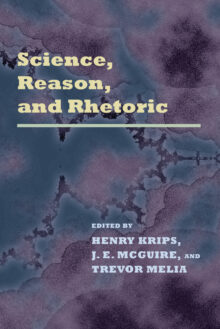 This volume marks a unique collaboration by internationally distinguished scholars in the history, rhetoric, philosophy, and sociology of science. Converging on the central issues of rhetoric of science, the essays focus on figures such as Galileo, Harvey, Darwin, von Neumann; and on issues such as the debate over cold fusion or the continental drift controversy. Their vitality attests to the burgeoning interest in the rhetoric of science.