William Harrison Richardson is dean of the College of Humanities and Fine Arts at Coastal Carolina University. 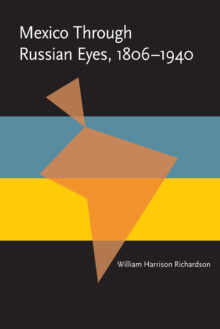 In this unique book, William Richardson analyzes the descriptions given of Mexico by an assortment of Russian visitors, from the employees of the Russian-American Company who made their first contacts in the early nineteenth century to the artists, diplomats, and exiles of the twentieth century. He explores the biases they brought with them and the interpretations they relayed back to readers at home. Richardson finds that Russians had a particular empathy for the Mexicans, sharing a perceived similarity in their histories: conquest by a foreign power; a long period of centralized, authoritarian rule; an attempt at liberal reform followed by revolution.