A. J. Good is a data analytics specialist in the Office of Institutional Research at James Madison University. He specializes in methodology, statistics, and evaluation. 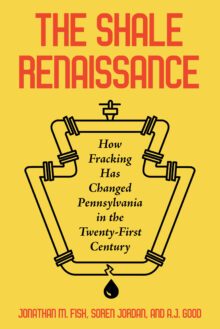 How Fracking Has Changed Pennsylvania in the Twenty-First Century

Although a technique for hydraulic fracturing—more commonly known as fracking—was developed and implemented in the 1970s in Texas, fracking of the Marcellus Shale formation that stretches from West Virginia through Pennsylvania to New York did not begin in earnest until the twenty-first century. Unconventional natural gas production via fracking has ignited debate, challenged regulators, and added to the complexity of twenty-first-century natural resource management. Through a longitudinal study taken from 2000 to 2015, Jonathan M. Fisk, Soren Jordan, and A. J. Good examine how the management of natural resources functions relative to specific regulatory actions including inspections, identifying violations, and the use of specific regulatory tools. Ultimately, they find that factors as disparate as state policy goals, elected officials, the availability of data, inspectors, front-line staff, and the use of technology form a context that, in turn, shapes the use of specific regulatory tools and decisions.