A. Kim Clark is associate professor of anthropology at the University of Western Ontario. She is the author of The Redemptive Work: Railway and Nation in Ecuador, 1895Ð1930 and coeditor of Highland Indians and the State in Modern Ecuador. 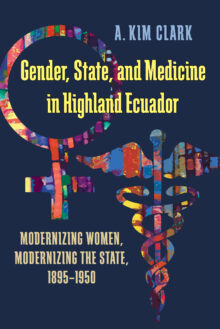 By A. Kim Clark

In 1921 Matilde Hidalgo became the first woman physician to graduate from the Universidad Central in Quito, Ecuador. Hidalgo was also the first woman to vote in a national election and the first to hold public office.

Author Kim Clark relates the stories of Matilde Hidalgo and other women who successfully challenged newly instituted Ecuadorian state programs in the wake of the Liberal Revolution of 1895. New laws, while they did not specifically outline women’s rights, left loopholes wherein women could contest entry into education systems and certain professions and vote in elections. As Clark demonstrates, many of those who seized these opportunities were unattached women who were socially and economically disenfranchised.

Many of these state programs attempted to control women’s behavior under the guise of morality and honor. Yet highland Ecuadorian women used them to better their lives and to gain professional training, health care, employment, and political rights. As they engaged state programs and used them for their own purposes, these women became modernizers and agents of change, winning freedoms for themselves and future generations. 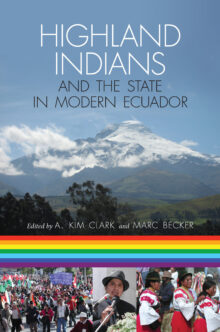 Highland Indians and the State in Modern Ecuador

Highland Indians and the State in Modern Ecuador chronicles the changing forms of indigenous engagement with the Ecuadorian state since the early nineteenth century that, by the beginning of the twenty-first century, had facilitated the growth of the strongest unified indigenous movement in Latin America.Built around nine case studies from nineteenth- and twentieth-century Ecuador, Highland Indians and the State in Modern Ecuador presents state formation as an uneven process, characterized by tensions and contradictions, in which Indians and other subalterns actively participated. It examines how indigenous peoples have attempted, sometimes successfully, to claim control over state formation in order to improve their relative position in society. The book concludes with four comparative essays that place indigenous organizational strategies in highland Ecuador within a larger Latin American historical context. Highland Indians and the State in Modern Ecuador offers an interdisciplinary approach to the study of state formation that will be of interest to a broad range of scholars who study how subordinate groups participate in and contest state formation.