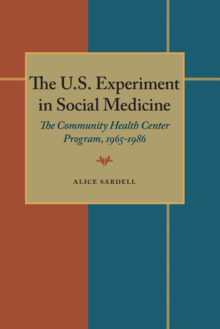 The U.S. Experiment in Social Medicine

This book represents the first political history of the federal government's only experiment in social medicine. Alice Sardell examines the Neighborhood, or Community Health Center Program (NHC/CHC) from its origins in 1965 as part of Lyndon Johnson's War on Poverty campaign up until 1986. The program embodied concepts of social medicine, community development, and consumer involvement in health policy decision-making. Sardell views the NHC experiment in the context of a series of political struggles, beginning in the 1890s, over the boundaries of public and private medicine, and demonstrates that these health centers so challenged mainstream medicine that they could only be funded as a program limited to the poor.