Anatoly V. Torkunov is the rector of MGIMO-University, Moscow, and a member of the Russian Academy of Sciences. He has served at Soviet embassies in the Democratic People’s Republic of Korea and the United States. Torkunov has chaired numerous councils, including the UN Association of Russia, and has served as president of the Russian International Studies Association, among his many appointments. He is the author of nine books, including Contemporary International Relations and Foreign Policy of the Russian Federation. 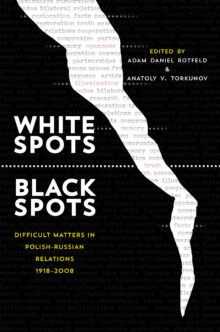 Poland and Russia have a long relationship that encompasses centuries of mutual antagonism, war, and conquest. The twentieth century has been particularly intense, including world wars, revolution, massacres, national independence, and decades of communist rule—for both countries. Since the collapse of communism, historians in both countries have struggled to come to grips with this difficult legacy.

This pioneering study, prepared by the semi-official Polish-Russian Group on Difficult Matters, is a comprehensive effort to document and fully disclose the major conflicts and interrelations between the two nations from 1918 to 2008, events that have often been avoided or presented with a strong political bias. This is the English translation of this major study, which has received acclaim for its Polish and Russian editions.
The chapters offer parallel histories by prominent Polish and Russian scholars who recount each country’s version of the event in question. Among the topics discussed are the 1920 Polish-Russian war, the origins of World War II and the notorious Hitler-Stalin pact, the infamously shrouded Katyn massacre, the communization of Poland, Cold War relations, the Solidarity movement and martial law, and the renewed relations of contemporary Poland and Russia.