Catharina Gabrielsson is associate professor in urban theory and docent in architecture at the KTH School of Architecture. 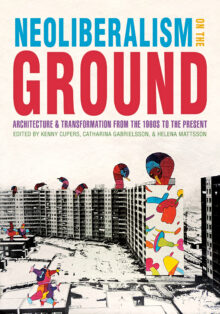 Neoliberalism on the Ground

Architecture and Transformation from the 1960s to the Present

Architecture and urbanism have contributed to one of the most sweeping transformations of our times. Over the past four decades, neoliberalism has been not only a dominant paradigm in politics but a process of bricks and mortar in everyday life. Rather than to ask what a neoliberal architecture looks like, or how architecture represents neoliberalism, this volume examines the multivalent role of architecture and urbanism in geographically variable yet interconnected processes of neoliberal transformation across scales—from China, Turkey, South Africa, Argentina, Mexico, the United States, Britain, Sweden, and Czechoslovakia. Analyzing how buildings and urban projects in different regions since the 1960s have served in the implementation of concrete policies such as privatization, fiscal reform, deregulation, state restructuring, and the expansion of free trade, contributors reveal neoliberalism as a process marked by historical contingency. Neoliberalism on the Ground fundamentally reframes accepted narratives of both neoliberalism and postmodernism by demonstrating how architecture has articulated changing relationships between state, society, and economy since the 1960s.