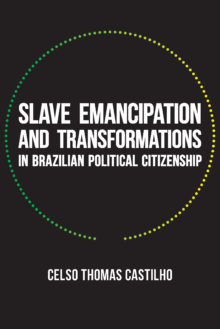 Celso Thomas Castilho offers original perspectives on the political upheaval surrounding the process of slave emancipation in postcolonial Brazil. He shows how the abolition debates in Pernambuco transformed the practices of political citizenship and marked the first instance of a mass national political mobilization. In addition, he presents new findings on the scope and scale of the opposing abolitionist and sugar planters’ mobilizations in the Brazilian northeast. The book highlights the extensive interactions between enslaved and free people in the construction of abolitionism, and reveals how Brazil’s first social movement reinvented discourses about race and nation, leading to the passage of the abolition law in 1888. It also documents the previously ignored counter-mobilizations led by the landed elite, who saw the rise of abolitionism as a political contestation and threat to their livelihood. Overall, this study illuminates how disputes over control of emancipation also entailed disputes over the boundaries of the political arena and connects the history of abolition to the history of Brazilian democracy. It offers fresh perspectives on Brazilian political history and on Brazil’s place within comparative discussions on slavery and emancipation.