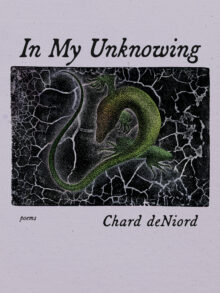 In his new poetry collection, Chard deNiord explores the paradoxical nature of unknowing.

I WEPT WITH JOY ABOVE THE RIVER

I wept with joy above the river.
I wept with sorrow above the river.
My tears were clear, both sweet and bitter.
One leaf cried out to another,
“Empty me today of all my color.
Fill me tomorrow with a shot of sugar.”
This was the still ritual for my feet:
To stand on the earth that took
of earth earth with ill and sing.

I Would Lie to You if I Could

I Would Lie To You If I Could contains interviews with nine eminent contemporary American poets (Natasha Trethewey, Jane Hirshfield, Martín Espada, Stephen Kuusisto, Stephen Sandy, Ed Ochester, Carolyn Forche, Peter Everwine, and Galway Kinnell) and James Wright’s widow Anne, presents conversations with a vital cross section of poets representing a variety of ages, ethnicities, and social backgrounds.
The poets testify to the demotic nature of poetry as a charged language that speaks uniquely in original voices, yet appeals universally. As individuals with their own transpersonal stories, the poets have emerged onto the national stage from very local places with news that witnesses memorably in social, personal, and political ways. They talk about their poems and development as poets self-effacingly, honestly, and insightfully, describing just how and when they were “hurt into poetry,” as well as why they have pursued writing poetry as a career in which, as Robert Frost noted in his poem “Two Tramps in Mud Time,” their object has become “to unite [their] avocation and [their] vocation / As [their] two eyes make one in sight.” 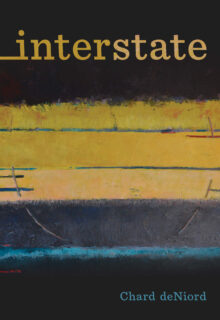 Interstate is a collection of lyrical poems in four sections that concentrate thematically on animals, love and sex, compassion, and loss. A unifying elegiac conceit, even in the more ecstatic and humorous poems, betrays the bittersweet nature of the book’s muse. Alternating between free and formal verse, the poems contain a lyrical tension in which their “broken music” evokes metaphysical paradoxes, romantic humor, and the “dark sounds” that effect what Garcia Lorca called “the power everyone feels” in the mystery of duende “but no philosopher can explain.” 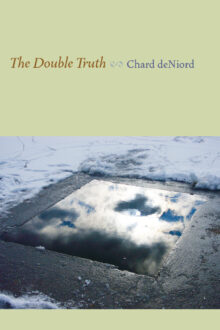 The Double Truth is a collection of poems that arc from myth to history, knowledge to mystery, Eros to natural love, animals to human beings, then back in an alternating poetic current that betrays a speaker who is at once a privileged witness of her time and a diachronic amalgam of voices that are as imagined as they are real in their anonymous legacy. 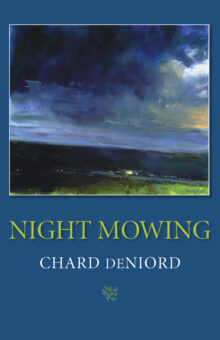 The poems in Night Mowing find their influence in the natural and the erotic; the biblical and the classical; the aesthetic and the spiritual. The landscape exists as both an ecstatic source of inspiration and as an endangered garden, and the narrator of these poems moves through that landscape in admiration and anguish: trying to preserve his joyful innocence while fully aware of the transience of all that he sees. Each poem in its specifics, whether focusing on a lover, a mountain, a dog, or a critic, wrestles with the universal and sacred, revealing the instinct of the poems to move toward purity and deep feeling even in dark times.