Darin Hayton is associate professor of history of science at Haverford College. 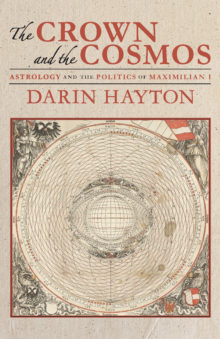 The Crown and the Cosmos

Astrology and the Politics of Maximilian I

Despite its popular association today with magic, astrology was once a complex and sophisticated practice, grounded in technical training provided by a university education. The Crown and the Cosmos examines the complex ways that political practice and astrological discourse interacted at the Habsburg court, a key center of political and cultural power in early modern Europe. Like other monarchs, Maximilian I used astrology to help guide political actions, turning to astrologers and their predictions to find the most propitious times to sign treaties or arrange marriage contracts. Perhaps more significantly, the emperor employed astrology as a political tool to gain support for his reforms and to reinforce his own legitimacy as well as that of the Habsburg dynasty. Darin Hayton analyzes the various rhetorical tools astrologers used to argue for the nobility, antiquity, and utility of their discipline, and how they strove to justify their “science” on the grounds that through its rigorous interpretation of the natural world, astrology could offer more reliable predictions. This book draws on extensive printed and manuscript sources from archives across northern and central Europe, including Poland, Germany, France, and England.