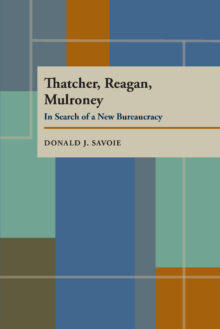 In Search of a New Bureaucracy

Savoie considers the war of reform waged by the leaders of these major industrial countries. Reagan declared that he had come to Washington to “drain the swamp” of bureaucracy, and set up the Grace Commission to investigate the operation of the U.S. government. Thatcher and Mulroney were equally committed to reform and initiated wide-ranging changes. By the end of the 1990s, the changes were dramatic. Many governments operations had been privatized in all three countries, and new management techniques had been introduced. In Great Britain, one observer judged that the changes were historically as important as the collapse of Keynesian economics. Is government now better in these countries, and was political leadership right in focusing on management of the bureaucracy as the villain? Savoie suggests that the reforms overlooked problems now urgently requiring attention and, at the same time, attempted to address non-existent problems. He combines theory and research based on sixty-two interviews, nearly all with members of the executive branch of the governments of Britain, Canada and the United States.