Eduardo Silva is professor and Friezo Family Foundation Chair in Political Science at Tulane University. He is the author or editor of several books, including Transnational Activism and National Movements in Latin America: Bridging the Divide and Challenging Neoliberalism in Latin America. 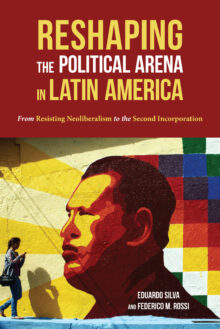 From Resisting Neoliberalism to the Second Incorporation

Neoliberalism changed the face of Latin America and left average citizens struggling to cope in many ways. Popular sectors were especially hard hit as wages declined and unemployment increased. The backlash to neoliberalism in the form of popular protest and electoral mobilization opened space for leftist governments to emerge. The turn to left governments raised popular expectations for a second wave of incorporation. Although a growing literature has analyzed many aspects of left governments, there is no study of how the redefinition of the organized popular sectors, their allies, and their struggles have reshaped the political arena to include their interests—until now. This volume examines the role played in the second wave of incorporation by political parties, trade unions, and social movements in five cases: Argentina, Bolivia, Brazil, Ecuador, and Venezuela.  The cases shed new light on a subject critical to understanding the change in the distribution of political power related to popular sectors and their interests—a key issue in the study of postneoliberalism.