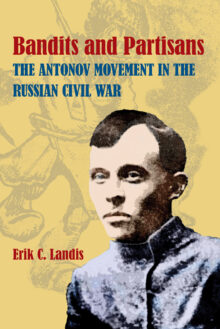 The Antonov Movement in the Russian Civil War

Beginning in the fall of 1920, Aleksandr Antonov led an insurgency that became the largest armed peasant revolt against the Soviets during the civil war. Yet by the summer of 1921, the revolt had been crushed, and popular support for the movement had all but disappeared. Until now, details of this conflict have remained hidden. Erik Landis mines recently opened provincial and central Soviet archives and international collections to provide a depth of detail and historical analysis never before possible in this definitive account of the uprising. Landis examines both sides of the conflict, probing the testimonies of the insurgents, their opponents, and those caught in between. We witness firsthand the frustrations, failures, and internal conflicts of the Bolsheviks and the spirit of rebellion that drove the insurgents and helped drive a localized dispute into a well-organized mass rebellion that struck fear in the hearts of Communist leaders. This political and military threat was influential in bringing about Lenin’s conciliatory New Economic Policy, which allowed farmers and villages to sustain themselves in a quasi-market economy. Bandits and Partisans presents a gripping tale of brutality, domination, and revolt, placing readers at the frontlines of the complex and rich history of the Russian civil war and the consolidation of the new Soviet state.