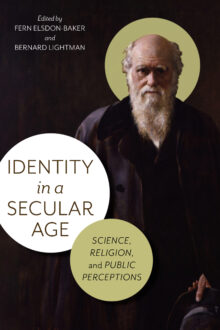 Identity in a Secular Age

Although historians have suggested for some time that we move away from the assumption of a necessary clash between science and religion, the conflict narrative persists in contemporary discourse. But why? And how do we really know what people actually think about evolutionary science, let alone the many and varied ways in which it might relate to individual belief? In this multidisciplinary volume, experts in history and philosophy of science, oral history, sociology of religion, social psychology, and science communication and public engagement look beyond two warring systems of thought. They consider a far more complex, multifaceted, and distinctly more interesting picture of how differing groups along a spectrum of worldviews—including atheistic, agnostic, and faith groups—relate to and form the ongoing narrative of a necessary clash between evolution and faith. By ascribing agency to the public, from the nineteenth century to the present and across Canada and the United Kingdom, this volume offers a much more nuanced analysis of people’s perceptions about the relationship between evolutionary science, religion, and personal belief, one that better elucidates the complexities not only of that relationship but of actual lived experience.