Freya Schiwy is associate professor of media and cultural studies at the University of California, Riverside. 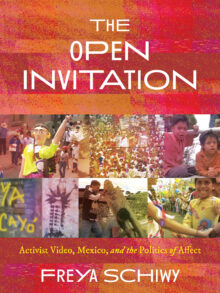 Activist Video, Mexico, and the Politics of Affect

The Open Invitation explores the relationship between prefigurative politics and activist video. Schiwy analyzes activist videos from the 2006 uprising in Oaxaca, the Zapatista’s Other Campaign, as well as collaborative and community video from the Yucatán. Schiwy argues that transnational activist videos and community videos in indigenous languages reveal collaborations and that their political impact cannot be grasped through the concept of the public sphere. Instead, she places these videos in dialogue with recent efforts to understand the political with communality, a mode of governance articulated in indigenous struggles for autonomy, and with cinematic politics of affect. 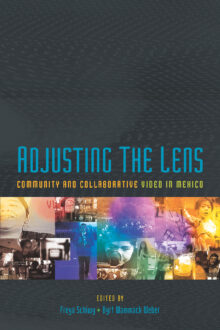 Community and Collaborative Video in Mexico

Adjusting the Lens offers a detailed analysis of contemporary, independent, indigenous-language audiovisual production in Mexico and in Mexican migrant communities in the United States. The contributors relate the styles and forms of collaborative and community media production to socially critical, transformative, resistant, and constitutive processes off-screen, thereby exploring the political within the context of the media. The chapters show how diasporic media makers map novel interpretations of image and sound into existing audiovisual discourses to communicate social and cultural changes within their communities that counter stereotypical representations in commercial television and cinema, and contribute to a newfound communal identity. The new media expose the conflict of social movements and/or indigenous and rural communities with the state, challenge Eurocentrism and globalization, and reveal the power of audiovisual production to affect political change.