Gabriela Polit Dueñas is associate professor of Spanish and Portuguese at the University of Texas at Austin. She is the author of Cosas de hombres: Escritores y caudillos en la literatura latinoamericana del siglo XX and the coeditor of Meanings of Violence in Contemporary Latin America. 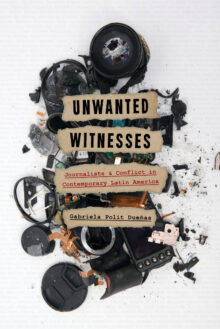 Gabriela Polit Dueñas analyzes the work of five narrative journalists from three countries. Marcela Turati, Daniela Rea, and Sandra Rodriguez from Mexico, Patricia Nieto from Colombia, and María Eugenia Ludueña from Argentina produce compelling literary works, but also work under dangerous, intense conditions. What drives and shapes their stories are their affective responses to the events and people they cover. The book offers an insightful analysis of the emotional challenges, the stress and traumatic conditions journalists face when reporting on the region’s most pressing problems. It combines ethnographic observations of the journalists’ work, textual analysis, and a theoretical reflection on the ethical dilemmas journalists confront on a daily basis. Unwanted Witnesses puts forward a necessary discussion about the place contemporary journalists occupy in the field of production, and how the risks they run speak directly about the limits of our democracies. 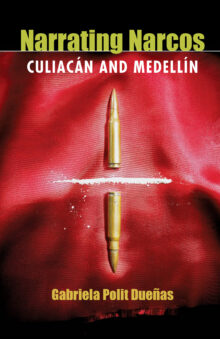 Narrating Narcos presents a probing examination of the prominent role of narcotics trafficking in contemporary Latin American cultural production. In her study, Gabriela Polit Dueu00f1as juxtaposes two infamous narco regions, Culiacán, Mexico, and Medellín, Colombia, to demonstrate the powerful forces of violence, corruption, and avarice and their influence over locally based cultural texts.

Polit Dueu00f1as provides a theoretical basis for her methods, citing the work of Walter Benjamin, Pierre Bourdieu, and other cultural analysts. She supplements this with extensive ethnographic fieldwork, interviewing artists and writers, their confidants, relatives, and others, and documents their responses to the portrayal of narco culture. Polit Dueu00f1as offers close readings of the characters, language, and milieu of popular works of literature and the visual arts and relates their ethical and thematic undercurrents to real life experiences. In both regions, there are few individuals who have not been personally affected by the narcotics trade. Each region has witnessed corrupt state, police, and paramilitary actors in league with drug capos. Both have a legacy of murder.

Polit Dueu00f1as documents how narco culture developed at different times historically in the two regions. In Mexico, drugs have been cultivated and trafficked for over a century, while in Colombia the cocaine trade is a relatively recent development. In Culiacán, characters in narco narratives are often modeled after the serrano (highlander), a romanticized historic figure and sometime thief who nobly defied a corrupt state and its laws. In Medellín, the oft-portrayed sicario (assassin) is a recent creation, an individual recruited by drug lords from poverty stricken shantytowns who would have little economic opportunity otherwise. As Polit Dueu00f1as shows, each character occupies a different place in the psyche of the local populace.

Narrating Narcos offers a unique melding of archival and ground-level research combined with textual analysis. Here, the relationship of writer, subject, and audience becomes clearly evident, and our understanding of the cultural bonds of Latin American drug trafficking is greatly enhanced. As such, this book will be an important resource for students and scholars of Latin American literature, history, culture, and contemporary issues.